Up and away early in a vain attempt to beat the heat.

Out of Belgium and back into Holland, back into Belgium and then into Germany. Not that we knew when and/or where because there’s no signs or anything. Certainly no machine gun wielding guards.

Taking the back roads and those less travelled we happened upon the largest American Cemetery from WW2 in Belgium. 7992 GIs are buried in this immaculate war memorial cemetery. It’s hard to describe the honour felt for an entire generation that gave their lives that we, the next generation, might only know freedom. The same goes for our own ANZACs, young men and women of incredible courage and vision who travelled to the other side of the world to die in a war that had to be won. 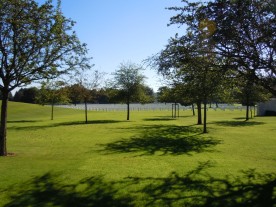 No journey through this part of the world is complete without a visit here: 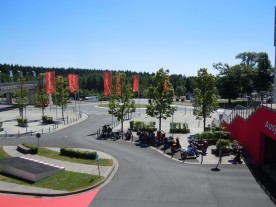 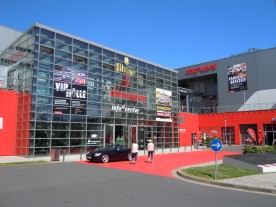 The world famous Nurburgring in Germany. We parked the Stelvio next to the rest of the WannaBees and had a look around. We didn’t see any Transit vans.

And so onto our layday at Cochem through some fantastic scenery with summer harvests in full force. I’d taken a heap of video with the GoPro with the plan being to ‘capture’ the better scenes, but I’d forgotten to check storage left and it deleted it all once the card was full and started again – Gotta fix that. This is our first experience at what we’d call a Caravan Park in Germany. What can I say but “Big 4 where are you?” 🙂 Seriously?

More to follow tomorrow which may be yesterday or the day before or after, who knows because the internet is non existent in this part of Germany. I’m doing this at a MacDonalds in Koblenz where we’ve come for a day trip via train along the Mosel River. It’s the only stable WiFi I’ve found. Don’t talk to me about Mobile Data, thanks Vodafone for the $5 promise 😦 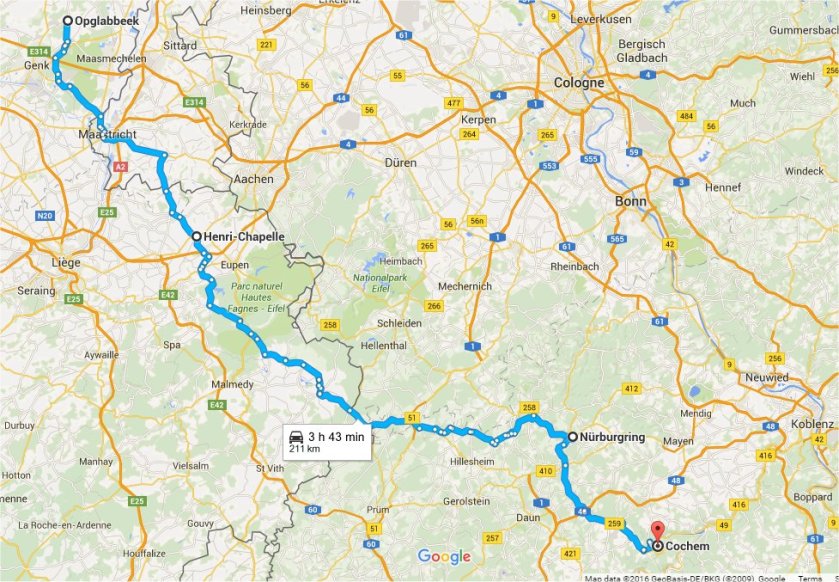