August 14th we caught the ferry from Dubrovnik Croatia to Bari in Italy. Some pics leaving port. That big thing belongs to the Sultan of Somewhere.

However, before we even got onto the ship we ran into this delightful couple, Evan and his lovely wife Danila from Rome, who were returning from a weeks jaunt through to Bulgaria or Hungary, I can’t remember, where they’d attended a motorcycle rally. They’re involved in this group: https://www.facebook.com/6percenter/?pnref=story I’ve got the sticker 🙂 We shared the world’s best foccassia together in Bari and one day they’ll make it to Australia if they can get over their fear of all the poisonous and deadly beasts we’ve got Down Under – way too many docos Evan 🙂 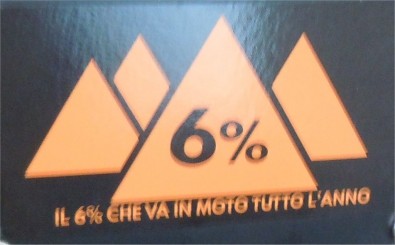 August 15 we travelled from just outside Bari to our good friends from Melbourne Angelo and Victoria Borzillo’s place at Vado della Lota just north of Benovento https://goo.gl/maps/nntc8LuX9hw where we spent a lovely afternoon and evening with relatives and friends who I’m sure all thought we were toally crazy – they may be correct 🙂 We ate and drank home made wine and other concoctions and played boccee and laughed a lot. 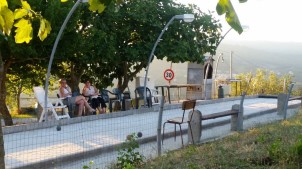 After a sumptuous breakfast of Italian and Aussie cuisine we departed from Angelo and Victoria’s and headed for a place called Caserta where it was suggested we visit this must see attraction http://reggiaofcaserta.altervista.org/en/garden/fountains/ It certainly looks amazing but after riding around for 1/2 an hour in 30c in a totally absurd 1 way system we found our way in to it only to find it’s closed on Tuesdays – guess what day it is? Thanks Angelo 🙂 So we’ve retreated to the next best thing which is coffee and cake.

Onto Cassino arriving mid afternoon where we did what has become our standard practise; have a shower and lay around in the air conditioning until it cools down a bit outside, then venture out to explore and a have a late dinner followed by 1 scoop of ice cream – 1 scoop only Vasily 🙂 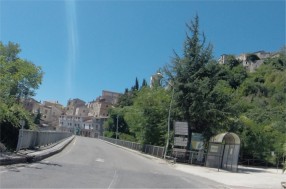 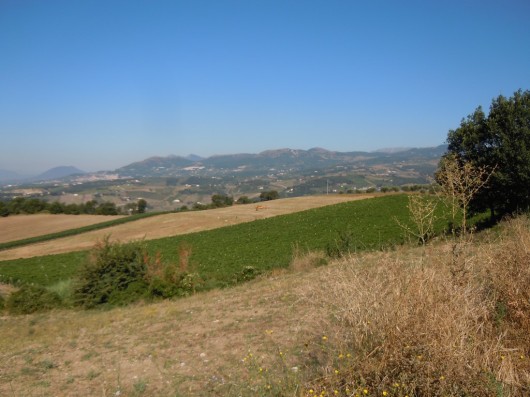 Next morning I took an early run up to Monte Cassino Abbey, the sight of a significant battle during WW2 with many thousands of casualties. It was a bit of a waste of time really as there  are so many trees nothing can be seen. 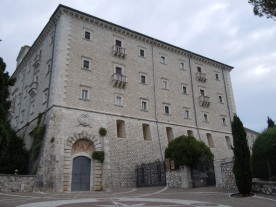